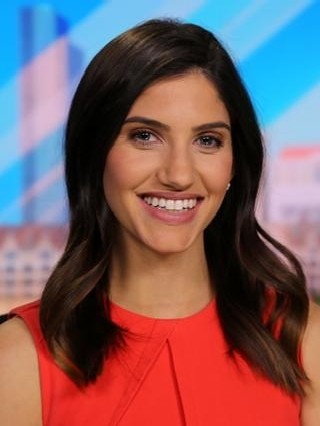 Alyssa Caroprese joined the weather team at CBS 6 in March of 2015. You can watch her on CBS 6 Mornings and CBS 6 at Noon. She is a member of the American Meteorological Society and a Certified Broadcast Meteorologist, an accreditation given to those with specific scientific schooling and those who have passed a written exam and weathercast evaluation. Her weathercasts have been nominated for two AP awards. She comes to CBS 6 from KDRV, the ABC affiliate in Medford, Oregon where she spent two years as a meteorologist.

Alyssa has spent a lot of time in schools educating classrooms about meteorology and how the television industry works. She is also very involved with the Make a Wish Foundation. Every year you can see her helping with their holiday campaign, the Adopt a Wish program. She is also the host of CBS 6's annual telethon, the Day of Wishes, which benefits Make a Wish of Northeast New York.

Alyssa has recently become involved with the National Alliance for Mental Illness (NAMI) of the Capital Region. She is focused on bringing awareness to the public about how difficult it can be to have a friend or family member with serious mental illness.

She is a native of New Jersey and a graduate of Rutgers University where she earned a Bachelor of Science degree in meteorology . She loves living in upstate New York and outside of work and public engagements you can find her spending time with her dog, a goldendoodle named Ollie. She is part of a boxing gym, loves to shop and spends a lot of her free time with friends and family.