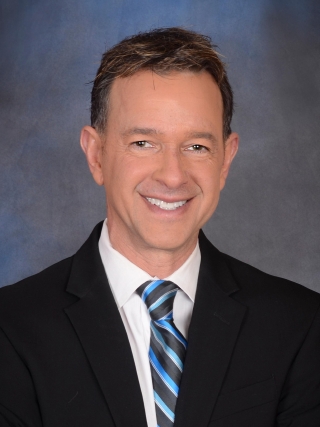 Craig comes to CBS6 after spending much of the last 20 years working as a broadcast meteorologist at television stations in the southern and western U.S.

He began his tv career though, not too far away from the Capital District - in Portland, Maine at WGME TV, which is also owned by the same company as CBS6.

After Portland, Craig went to work in North Carolina, spending time at stations in Greensboro-Winston Salem and Charlotte.

Then it was onto Atlanta, Georgia for 10 years at the NBC station there before heading west to the California Central Coast, working at the NBC affiliate station in the Santa Barbara - San Luis Obispo area.

Most recently, Craig worked in Little Rock, Arkansas for both NBC and FOX before heading back north to join us at CBS6.

Craig has both the CBM seal (Certified Broadcast Meteorologist) from the American Meteorological Society and the NWA television seal.

Each seal represents recognition from both organizations that his forecasts and broadcasts meet high standards for knowledge and understanding of weather.

He graduated from Vermont`s Lyndon State College with his bachelor`s degree and was inducted into the school`s highest honor society upon graduation.

One of the things Craig is excited about being back in the north is the opportunity to be able to snowboard again on a regular basis during the wintertime.

And in the summer months, he trades out the snowboard for his other two favorite activities...wakeboarding and playing in competitive adult baseball leagues.