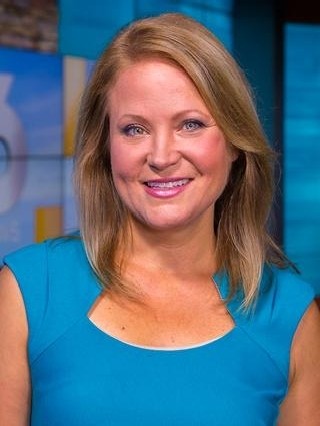 She’s an Emmy award winning anchor and reporter who has worked across the globe.

Prior to moving to the Capital Region, Heather spent time in London as a freelance news correspondent for CBS Newspath. Before heading overseas, she spent eight years living in New York City where she won several awards for reporting and anchoring.

Heather began her career at KXAS in Dallas after earning a BA in journalism and a BA in psychology at Southern Methodist University. She also worked on-air in cable and radio while in the Dallas/Fort Worth area. From there she made the move to upstate New York where she worked as an anchor and reporter at WKTV in Utica. She covered several National Baseball Hall of Fame induction ceremonies, including Nolan Ryan's in 1999. That same year she was a reporter in the Hillary Clinton Upstate Listening Tour. She was part of the press pool as Clinton toured New York, preparing for her New York Senate campaign.

From there Heather worked at RNN in Kingston. That's where she was living during 9/11, planning coverage of the New York City mayoral primary that day. She moved to Manhattan in 2002 where was freelancing for Reuters business news, delivering stock reports from the NASDAQ. She was also working for various other news outlets when she accepted the morning anchor position at News 12 Connecticut. She spent the next eight years commuting from New York. Heather won two New York Emmy awards during her tenure at News 12, an Edward R. Murrow award, as well as numerous Associated Press and other awards, including Best On Air Personality from Fairfield Weekly readers.

She enjoys playing guitar and writing songs, as well as painting.