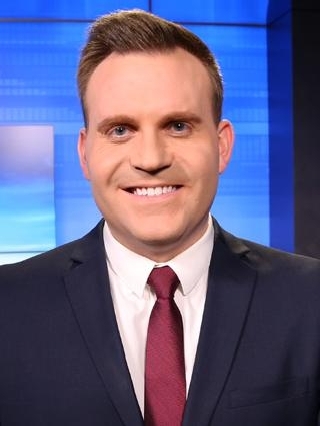 J.T. Fetch came to CBS6 in December 2017 and is the Co-Anchor of the CBS6 News at 5pm. When he’s not on the Anchor desk with Anne McCloy, he’s out reporting on stories throughout the Capital Region.

J.T. is no stranger to New York State, he comes to CBS6 from News 12, where he was an Anchor and Reporter in the Bronx and Brooklyn. While there he covered everything from terror attacks to the 2016 Presidential Election.

J.T. started in TV news at WMGM-TV in Atlantic City, where he was a reporter and Fill-In Anchor. While there, he had the opportunity to Anchor and Report during the station's coverage of Superstorm Sandy. In February of 2013, J.T. was hired by NY1 News as a Freelance Reporter and Fill-In Anchor for its Local Edition newscasts covering Queens, Staten Island and Bergen County, NJ.

After his freshman year at Arizona State University, J.T. transferred back to his native New Jersey to graduate from Rider University with a degree in Communications. While in college he interned three separate times at FOX News Channel in New York, working on Your World w/ Neil Cavuto and at the network's college-themed news website, FNCU.

When he’s not working, J.T. is most likely at home in Schenectady watching a documentary, or exploring the Capital Region on his bike!