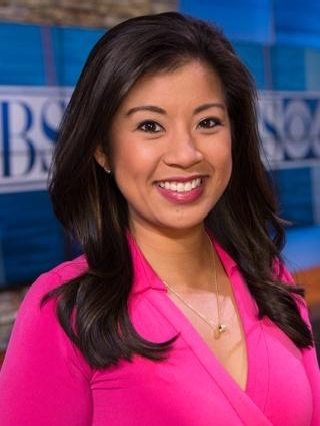 Melissa Lee is the newest anchor to join CBS 6 Albany in the mornings. She started in March of 2016 and is no stranger to the early wake up call. Melissa has been a morning anchor for five years now.

She was born in San Diego, California and raised in Central Florida. Melissa graduated from the University of South Florida in Tampa with a Bachelor's degree in Mass Communications. Before heading north to the Capital Region, she spent time reporting and anchoring in Macon, Georgia, and Knoxville, Tennessee.

During her time in the Song and Soul of the South, she covered everything from the killing and dismembering of a Mercer law school graduate to NASCAR races at Atlanta Motor Speedway. More recently in Vol Country, Melissa helped cover the impact of tornadoes across East Tennessee, monitored the roadways in the morning and started a weekly segment called Foodie Friday.

Melissa's love for the ocean comes from growing up in Florida and spending countless hours on the beach. After a two year stint in the Great Smoky Mountains, she's become an outdoor enthusiast who enjoys canoeing and hiking.

When Melissa isn't at work, she enjoys trying new recipes and exploring the area with her husband and rescue dog. She is eager to get in on all the activities the capital has to offer. Melissa is especially looking forward to track season in Saratoga Springs, hiking in the Adirondacks and sledding in Washington Park.